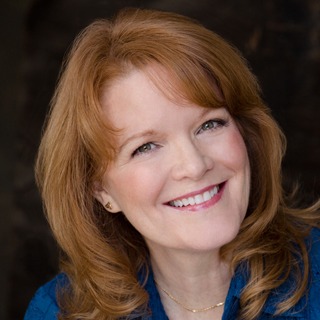 Mary Ernster was last seen at Marriott Theatre as Mrs. Harcourt in Anything Goes. She appeared on Broadway in the new musical War Paint as well as its pre-Broadway run at The Goodman Theatre. Other Goodman credits include The Music Man, Another Midsummer Night and multiple productions of A Christmas Carol. Previously she was seen as Charlotte in The Man Who Murdered Sherlock Holmes (Mercury Theatre), Mrs. Higgins in My Fair Lady (Paramount Theatre) and Raquel in Living on Love at Peninsula Players Theatre in Wisconsin. She made her debut at The Lyric Opera of Chicago as Sylviane in The Merry Widow. She has won Jeff Awards for her portrayals of Mrs. Anna in The King and I (Marriott Theatre) and Lady Jacque in Me and My Girl (Candlelight Theatre), as well as Jeff nominations for Margaret in The Light in the Piazza (Marriott), Emily in Wings (Apple Tree Theatre), Rosabella in The Most Happy Fella (Drury Lane Oakbrook), Lily in A Man of No Importance (Apple Tree Theatre) and Abigail Adams in 1776(Marriott). Recent television credits include “Empire” (Fox), “Chicago Med” and “Chicago Justice” (NBC). Mary will appear in the pre-Broadway new musical, The Notebook, at Chicago Shakespeare Theatre this coming fall.