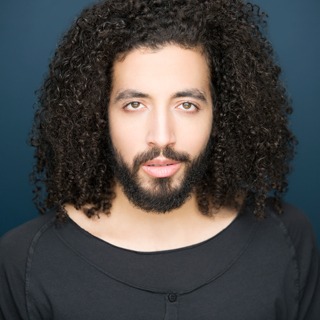 Heath was most recently seen in the off-Broadway production of Duncan Sheik and Steven Slater's Alice By Heart, and can be heard on the original cast album. He spent much of 2018 involved in Jesus Christ Superstar, at the Lyric Opera of Chicago, as Jesus, and also as an apostle in Jesus Christ Superstar Live in Concert! on NBC. His summer and fall were filled with various workshops, readings, and new works, including being a featured vocalist with Constellation Choir at the New York Philharmonic's gala welcoming Jaap Von Zweden. He made his Broadway debut in 2016 with the much-acclaimed musical Natasha, Pierre, and the Great Comet of 1812, after participating in the show's American Repertory Theatre production. He has appeared Off-Broadway in Newton's Cradle (New York Musical Theatre Festival), for which he also wrote the music and lyrics. Other New York appearances include Lennon (Union Square Theatre), I Am Harvey Milk (Avery Fisher Hall at Lincoln Center), and Gentlemen Prefer Blondes (New York City Center Encores). Regionally Saunders has been seen in Twelfth Night (Shakespeare Theatre Company in Washington, D.C.), Blessing (Yale Repertory Theatre), The 12 (Denver Center), James and the Giant Peach (Seattle Children's Theatre), and numerous productions at Seattle's 5th Avenue Theatre, including Spamalot, The Pirates of Penzance, Hairspray! In Concert, Rent, and Titanic: In Concert. thesaunderscollective.com @feeltheheath