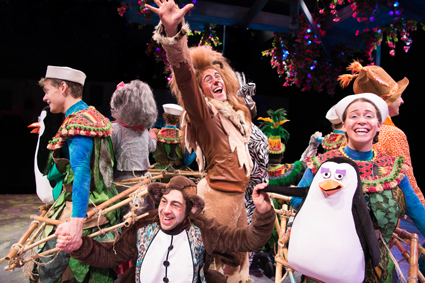 I ran out early last week to see this performance, and I was pleasantly surprised that I enjoyed it so much. The story of the animals being “guests” at New York’s Central Park Zoo and then having aspirations to go out into “the wild” was hilarious, given that they were essentially escaping from the zoo. All the animals follow Marty the Zebra played by James Earl Jones II onto the subway system in New York, but they are captured and find themselves on a ship taking them back to Africa. Marty the Zebra is pensive, as well, as he is determined to discover whether he has more black stripes than white stripes. Like it makes a difference! His determination to live another life puts all the animals at risk, but they prevail in the end. This show is great fun for all ages, and, though it is a bit out of the way from the South Side, it is worth the time and effort if you want to treat the little ones.