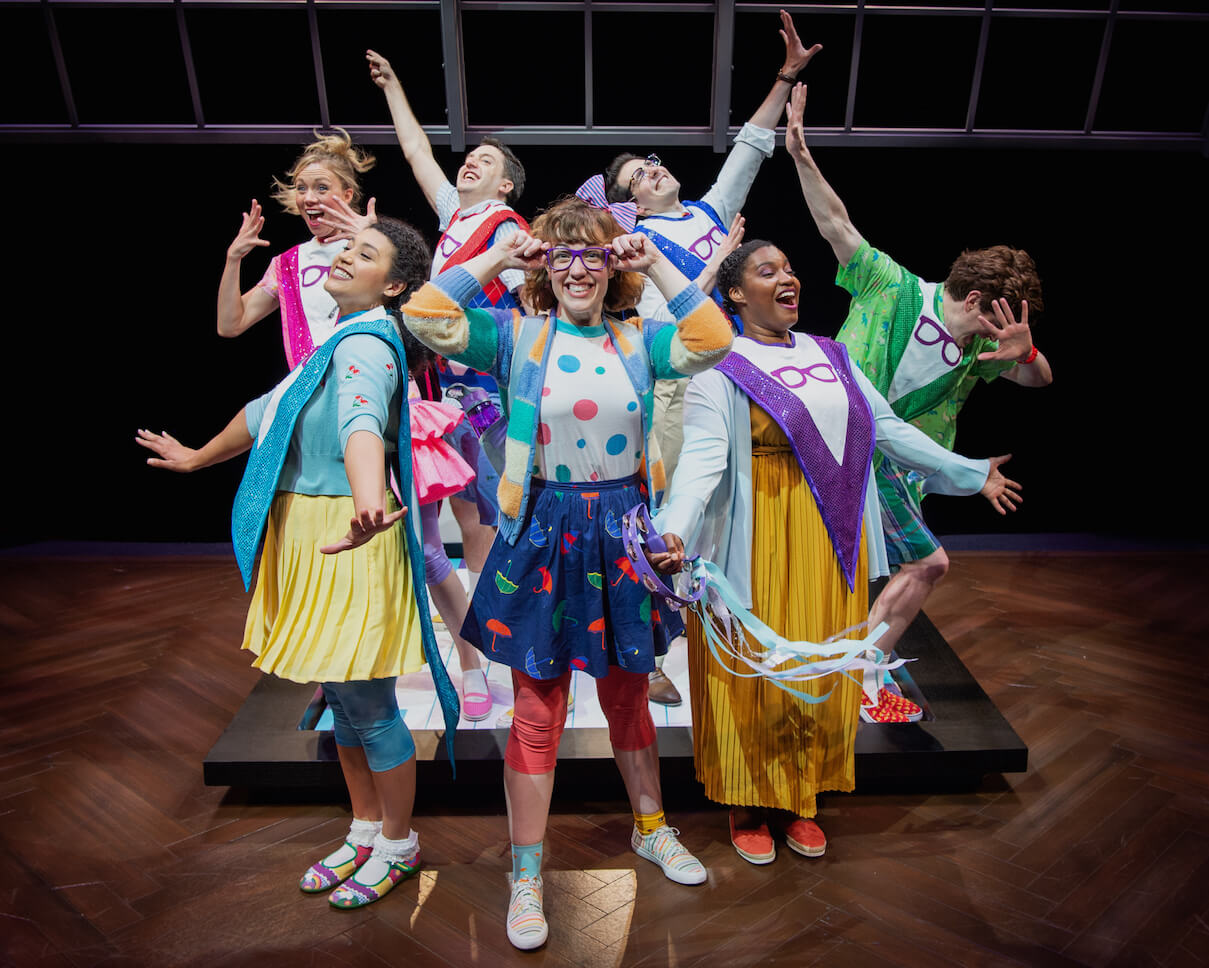 HIGHLY RECOMMENDED Laugh in the Aisles

Making new friends, getting your very first pair of glasses, and learning that “when life gives you lemons, you make lemonade” are just a few of the lessons Junie B. Jones encounters in this light-hearted family friendly musical. Whether you’re a fan of the book series by Barbara Park or are new to Junie B. and her antics, adults and children of all ages find themselves laughing in the aisles over the quirky and endearing first grader and the colorful cast of characters that surround her.

On this Sunday morning’s performance of Junie B. Jones, The Musical, the in-the-round style seating that the Marriott Theatre boasts allows for full access of the performance from every angle. The close proximity to the actors makes for a real up close and personal experience and allows the performers to often look their audience members right in the eye as they dance and sing just inches from their seats, leaving the youngest members of the audience giddy with excitement.

The story of Junie B. Jones’ first days of first grade unfolds on stage, adopting several quotes straight from the beloved books. Junie B. is also joined by other familiar characters from the book series such as Lucille, Mr. Scary and “That Grace”. With creative use of props and multimedia (designed by Anthony Churchill), the small stage seamlessly and minimalistically transforms from the classroom to the playground, to Junie B.’s home. From brightly colored costumes (designed by Amanda Vander Byl), energetic songs used to drive the story forward, and a cast that has a knack for holding its audience’s attention with over-the-top facial expressions and funny dance moves, it’s hard not to want to get out of your seat and dance along!

In this writer’s view, both adults and children can take away something from Junie B., as the audacious six-year-old navigates fitting in, learning from her mistakes and how to never give up on her dreams. By the end of the hour long performance it was clear that everyone in the room, both actors and audience, are invested in the plot and smiles and laughter radiate around the circular auditorium.

Directly following curtain call the actors waste no time in diving into a short question and answer session. A tradition of productions for young audiences at the Marriott, the question and answer session is geared towards children. The actors explain how they learned their parts, who helped them put on a show, how they make such fast quick changes, and any other question a child interested in the magic of the production might want to know.

While this production is perfect for children, the adults in the theater were given a comedic, musical treat as well from the talented cast of Junie B. Jones, The Musical.