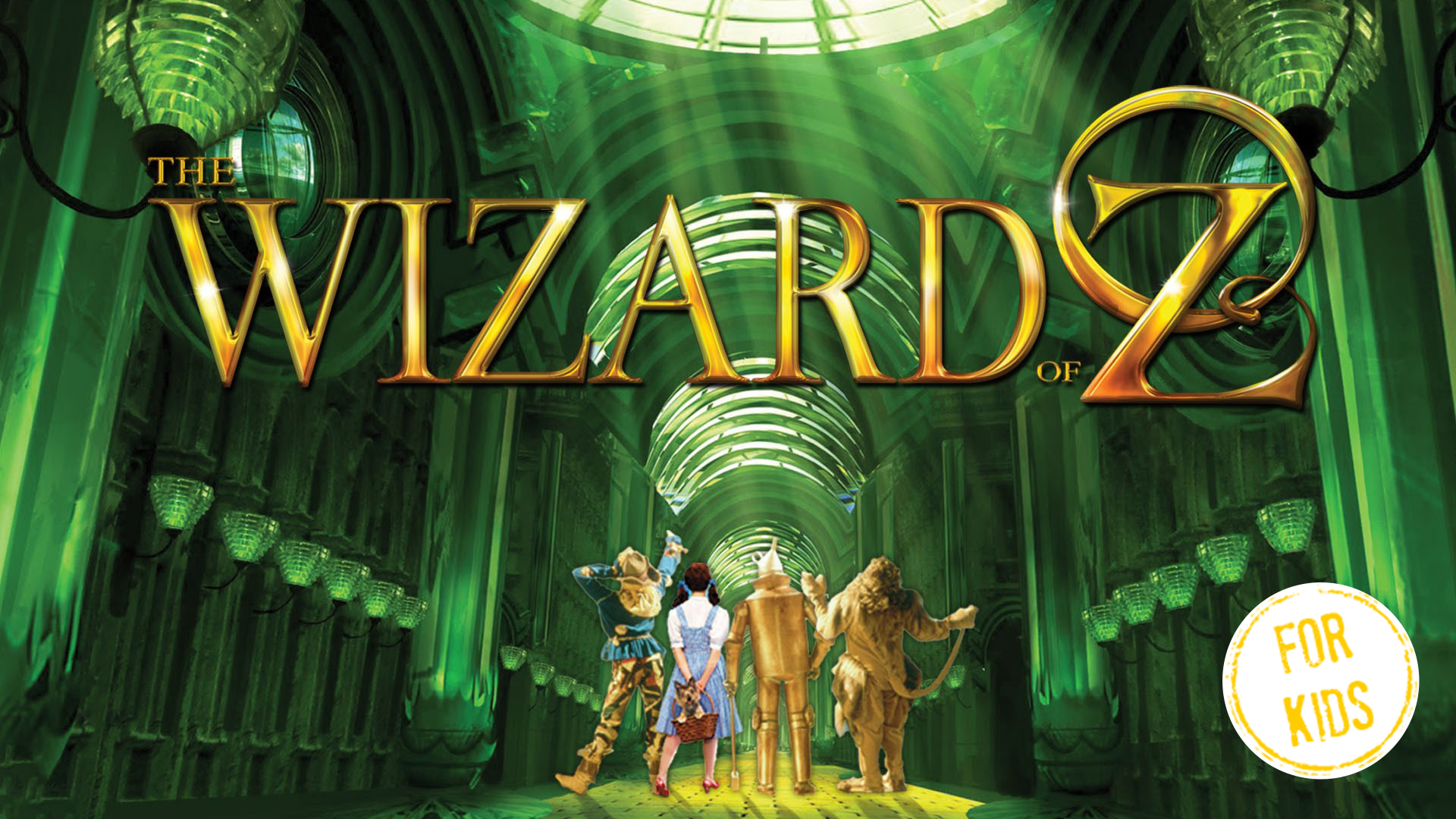 ...always charming version “for all ages”

You’ve got to give Marriott Theatre credit for always swinging for the fences. Just this past year, I’ve seen them put on The Sound of Music and West Side Story, two shows that any audience will know as well as the cast. But that’s because these beloved shows are beloved by audiences, because they are that good. And the Marriott Theatre can always pull it off—putting on great productions of said shows and leaving audiences thrilled in the process—because of the consistency and quality of their casts and their crew.

Marriott’s current production of The Wizard of Oz—an abridged but always charming version “for all ages”—is the theater’s latest big swing. And they do not miss. The audience, truly of all ages, was enthralled for the hour-long runtime, enchanted by the standards that were sung and the famous lines that were delivered, by the immersive Land of Oz allowed by the theater’s in-the-round setup and by the magical characters who live there.

But first, we Dorothy. Earlier this year, Campbell Krausen was a standout in Marriott’s Sound of Music, playing the angsty Austrian near-seventeen-year-old Liesl von Trapp. Now, Krausen finds herself not in the Alps, but in Kansas, and gives a smiling and wide-eyed performance as Dorothy Gale. Once in Oz, Krausen’s drab rural surroundings give way to a colorful world made more so by the cast.

Harriet Nzinga Plumpp has all the haughty cheer that Glinda the Good Witch must possess. Jacquelyne Jones strikes fear into any of us who, as children, watched Margaret Hamilton through closed eyes on the TV screen. Allison Sill’s Scarecrow flops and cavorts like a regular Ray Bolger (Sill also hosted a sweet Q&A session with the audience afterwards). Michael Turrentine’s Tin Man is all heart. And Lorenzo Rush Jr.’s Cowardly Lion is a hoot. Once Kevin McKillip’s Oz steps out from behind the curtain, he too is stellar.

But it’s the ensemble who make this show really special. I have seen Laura Savage in a few shows now—everything from A Chorus Line to Newsies—and each time I’ve seen her, whether she’s headlining or working hard on the chorus line, she’s been the MVP. Here, she does her thing, joining Mandy Modic (who’s also the human and handler of the handsome gentleman playing Toto, Sir Reginald) and Matthew Bettencourt (who’s all Munchkin energy and Emerald City wonder) to become the terrifying twister, the grateful folk of Munchkinland, the Wicked Witch’s enslaved henchmen, and more.

And these people are the reason that Marriott Theatre is able to consistently put on worthy productions of the standards—these talented actors all bring their gifts to the Marriott stage, where they show that they love the Land of Oz and all of its wizardry and wonder every bit as much as the audiences lucky enough to see them perform, here in The Wizard of Oz, through August 7.