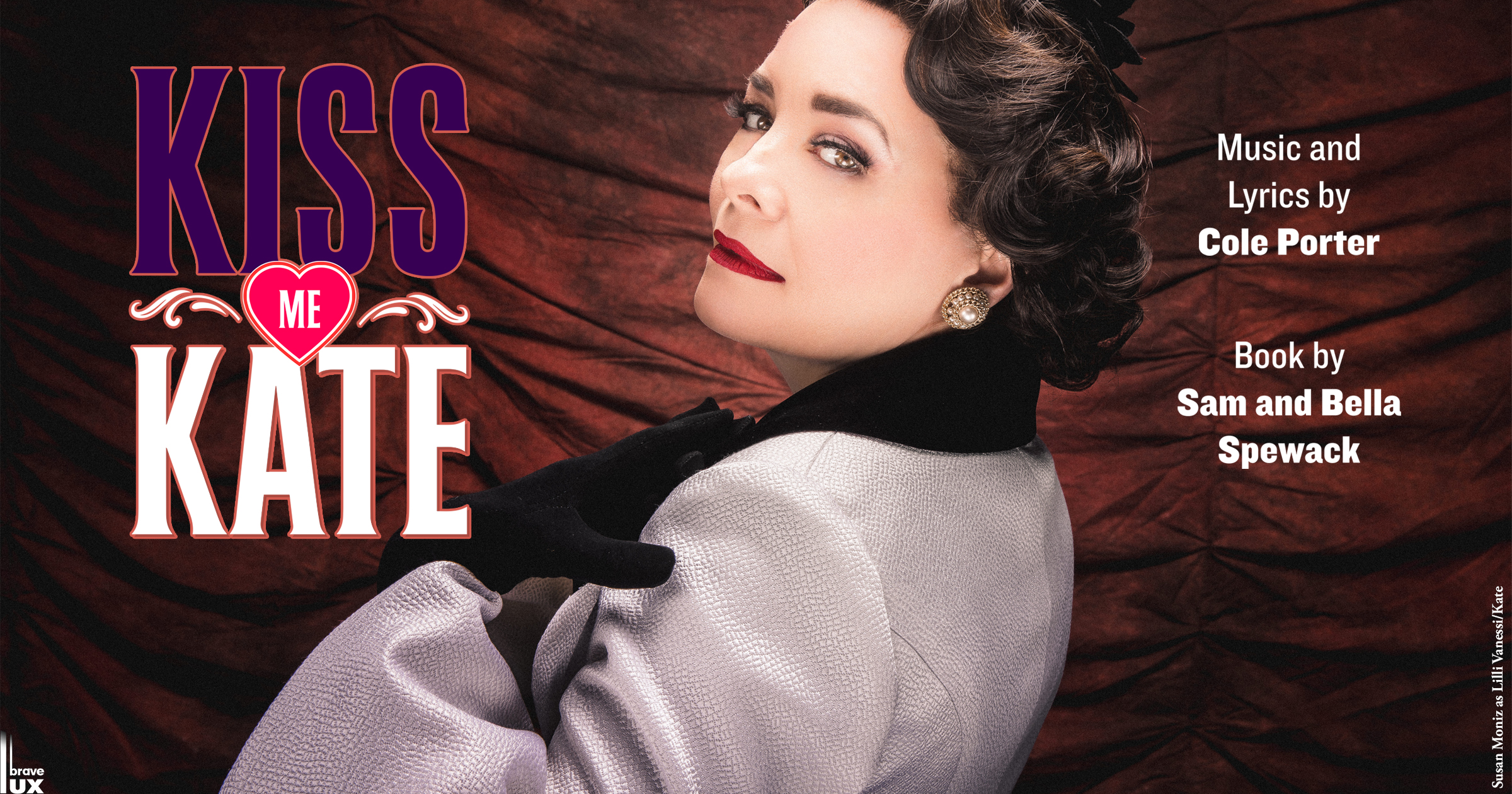 A sparkling play that includes gangsters, Generals, girlfriends and some great comic touches

‍Recently, Chicago Shakespeare Theatre brought us one of the Bard’s best, “As You Like It” with music of The Beatles added to the mix. Many true Shakespearean lovers know that there was another one of his plays set to music as well. Yes, “The Taming of The Shrew” was adapted to a musical back in 1948 (almost 75 years ago) with a book by Sam and Bella Spewak and music and lyrics by Cole Porter, it was a smash. As it turns out, or so it is said, back in the 1930’s, married couple Lynn Fontaine and Alfred Lunt were doing the actual “Taming of the Shrew” and one of the producers told the Spewacks of their constant fighting. This is what started the concept and as we all know, they came up with a sparkling play that includes gangsters, generals, girlfriends and some great comic touches.

The show also includes some marvelous Cole Porter songs, such as “Another Op’nin, Another Show”, “Wunderbar”, “We Open In Venice”, “Too Darn Hot” (this number is divine as Jonathan Butler-Duplessis, who is known for show stopping numbers, does it again) ,”From This Moment On” and of course “Kiss Me Kate”. If you ask people about these songs they will say they know them, but if you ask them about the play, the only one they will know its origin is “Kiss Me Kate”.

The story is about a play within a play and the director/star, Fred/Petruchio (played to perfection by Larry Adams, a Chicago legend) and his ex-wife, Lilli/Katherine (adorably played by Susan Moniz). They each have gone separate ways, but deep down do care for each other. The battle of the sexes is where the action takes us.

There is also a young starlet, Lois Lane/Bianca (played by Alexandra Palkovic, quite the dancer, who it turns out has caught the eye of every man in the cast, and others). She plays the younger sister whose hand all of the men seek. She cannot wed until her sister Katherine is, and that is the thrust of the story, Petruchio vows to “tame the Shrew”.

Now come the gangsters. They are sent to the theater to get Fred for a debt that the mob is owed. Turns out, he is not the debtor, but one of the cast members forged his signature. The gangsters do not know that and come to the theater during the show. They fall into line with what is going on and before long they are part of the show. Lillian Castillo (a truly funny lady with a great voice) and Shea Coffman handled these roles. They are terrific, adding lots of laughs and sparkle to a show that for some is slower than it should be. They do a marvelous Porter song “Brush Up On Your Shakespeare" where they name almost every play he wrote.

Directed by Johanna McKenzie Miller with slick choreography by Alex Sanchez and musical direction by Ryan T. Nelson, this is a fairly quick 2 hours twenty minutes of theater. There are two acts with one intermission of 15 minutes.

The ensemble is strong as always in Marriott Theatre’s productions. In fact, I have always found this to be one of the slickest of local theaters and they are able to do in the round better than everyone. The in-the-round may have hurt this production as there were times when we did not see all the action as clearly as we would have on a normal stage. Since this is the way the theater is designed, this is how they work and this is a very entertaining production.

As always, the lighting (Jesse Klug) and sound (Michael Daley) are right on. There was a mike problem in the second song, but they quickly repaired it and it became a faint memory with zero effect on the outcome of the show. Theresa Ham’s costumes are perfect and the wigs (Miguel A. Armstrong) amazing. Patti Garwood and her musicians were perfect with making Porter’s music fill the venue.