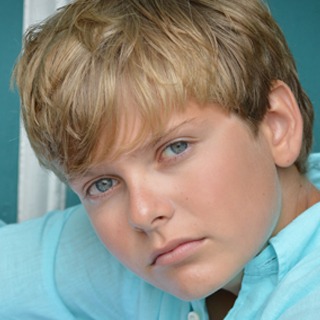 William has been acting in and around Chicago since he was 8 years Old. Previous theatre credits include Kurt in The Sound of Music, Dean Hyde in All Shook Up, Charlie Dalrymple in Brigadoon, and Sir Harry in Once Upon A Mattress, all with Encore Theatre. He played the young Peter Allen in Everything Old is New Again at the Wilmette Theatre, Fritz in Werther and Friedrich u/s in The Sound of Music, both at the Lyric Opera of Chicago, and Young Karl in The Christmas Schooner at the Mercury Theatre. In his most recent production, Will played the role of Brett Samson in The Performer's School production of 13 The Musical at The Skokie Theatre. Will has also been seen in national television commercials for Trix Yogurt and Belk Department Stores. Will is an eighth grader at a local Middle School and enjoys practicing Karate (deputy black belt), playing tennis and cross fit. Will would like to thank everyone at The Marriott Theatre for giving him this wonderful opportunity. He would also like to thank Sam Samuelson, Bob Silton, Phyllis Lipman, Walter Stearns, Eugene Dizon, Brenda Didier, Christy Kerr, Stacey Flaster, Liz Fauntleroy, George Keating, John Komasa and Guy Schumacher for their incredible guidance and support. Lastly, Will would like to thank his mom, dad, sister Hayden and his grandparents for their constant love and encouragement.