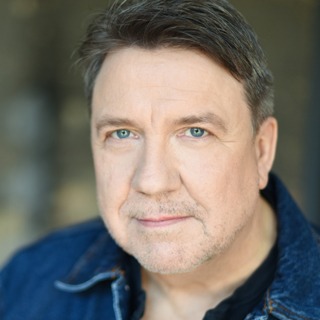 The Sound of Music
Kiss Me, Kate
Oliver!
Something Rotten!
Sweet Charity
Oklahoma!
Ragtime
The Bridges of Madison County
She Loves Me
How To Succeed In Business Without Really Trying
October Sky

Hamilton has worked in many Chicago area theatres including, TimeLine Theatre Company, (Frost/Nixon, Jeff Award Nomination, The Front Page, The Price), Steppenwolf Theatre,(World Premiere of Airline Highway), Drury Lane Theatre, (Billy Elliot) Writers Theatre, (Rosencrantz and Guildenstern are Dead) Court Theatre, (M. Butterfly) and Chicago Shakespeare Theatre (The Three Musketeers, The Taming of the Shrew, Timon of Athens). Television credits include “Chicago Med”, “Empire”, “Chicago Justice”, “Mind Games”, “Shameless" and “The Playboy Club”. Thanks to Gray Talent Group, to everyone at The Marriott Theatre, and to my wife and partner Laurie, who is as much a part of this process as anyone