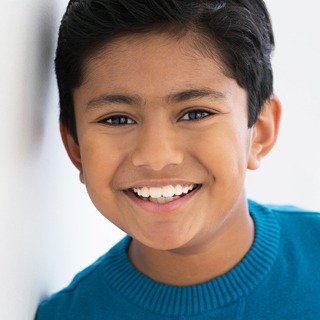 Preetish has been trained in Indian classical music since age 6. He was the second runner up in the very popular TV show "Saregamapa Lil Champs" by Zee TV (Mumbai, India). His recent credits include Fun Home (John Bechdel at Victory Gardens Theater) as well as local productions of Alice in Wonderland Jr. (Tweedledum), Into the Woods Jr. (Baker) and The Little Mermaid (Flounder). He has done several stage shows in many cities in the US as well as in India. He has recorded two songs for music albums in the Bengali language. Preetish would liketo thank his family, vocal teachers Nirmalya Roy and Roberta Duchak and everyone at Shirley Hamilton for their guidance.