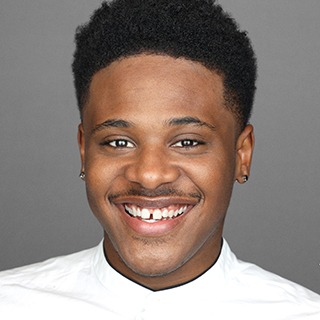 A Chicago transplant by way of Osceola, Arkansas is thrilled to be making his Marriott debut! Juwon recently earned his BFA in Musical Theatre Performance from Columbia College Chicago. Juwon's other Chicago credits include Ragtime at Griffin Theatre which won the non-equity Jeff Award for Best Musical in 2018. He was most recently seen as TJ in Sister Act, Toad in A Year With Frog and Toad, and many more at The Post Playhouse. Other favorite credits include Barry in High Fidelity, Daddy Brubeck in Sweet Charity, and The Bus and Dryer in Caroline, or Change at Columbia College, also The View Upstairs with Circle Theatre and At The Wake of A Dead Drag Queen with Story Theatre. As always, he thanks his family for their unending support.Follow Juwon's journey by following him on Instagram: @juwontyrelperry