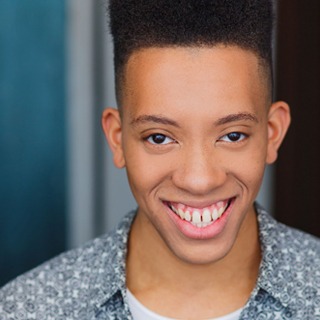 He is a queer artist originally from St. Louis, where he found his passion for... thrifting! He is a recent graduate of CCC, where he received his BFA in Musical Theatre/w a Minor in Women & Gender Studies. Jerome was recently seen in Porchlight's production of The Scottsboro Boys (Roy Wright). He is also apart of a queer performance group: The Chanel's, who can be seen every second Wednesday of the month at DURO, which is at Berlin Night Club. Jerome is represented by Stewart Talent.