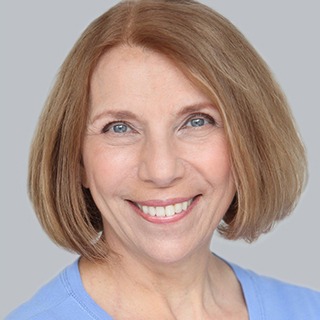 Iris Lieberman is a Jeff Award winner and four-time nominee. She happily returns to Marriott Theatre after 19 months of zoom play readings, writing and gardening.  She has previously appeared here in The Music Man, La Cage Aux Folles and Mame among many others. Recently she was seen in Mary Poppins at Drury Lane Oakbrook, as Berthe in Pippin at Mercury Theatre, Grandma in Billy Elliot at Porchlight Music Theatre and Fraulien Schneider in Cabaret (Jeff nomination) at Theatre at the Center. She is a Board Member of Perennial Theatre Chicago, a newly formed company featuring “actors with lifetimes of experience to share”.