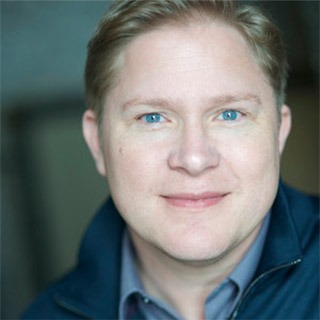 Off Broadway: Beethoven in The Hunchback Variations. Other credits include: A Christmas Story, The Musical (1st Nat'l), Spelling Bee (Chicago sit-down), plus Beadle in Sweeney Todd, Ragtime, Singin' in the Rain (Drury Lane), Dan in Next to Normal (MBT), Treasure Island (Fulton), Hunchback of Notre Dame (Bailiwick), Emperor's New Clothes and Augustus Gloop in Willy Wonka (Chicago Shakespeare Theatre). He received a Jeff nomination for his performance in Side By Side By Sondheim (LOW), and has appeared in both Annie Get Your Gun and Camelot with the Ravinia Festival.