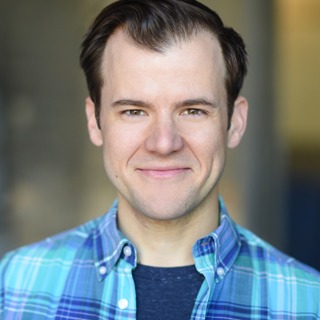 Doug is thankful to revisit the origins of Rock 'n Roll once again! Most recently he was seen onstage in Once at the Paramount Theater. Select Chicago credits include Drury Lane Theater, Lookingglass Theater, Victory Gardens Theater, Broadway Playhouse, and the touring Gilbert and Sullivan Repertory with The Hypocrites. For the past five years he has played much of the Midwest with the country band Cowboy Jukebox. He is married to Marriott Theatre alum, Leah Morrow, who gave them their beautiful daughter, named Perry. An actor, musician, and stage manager, Doug is thankful to you for supporting the arts. Thanks to the MDQ Team, the Marriott Theatre, Shirley Hamilton, my family and friends!