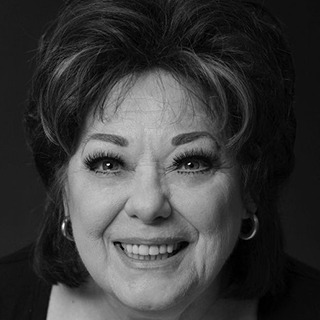 Alene Robertson began her long and happy association with Marriott Theatre forty-one years ago. During those years she has been the recipient of nine Joseph Jefferson Awards and honored with a Sarah Siddons Award. She has toured extensively, made her Broadway debut in Annie and Off-Broadway debut in Annie Warbucks, where she originated the role of Commissioner Doyle, garnering a Drama Desk nomination. Fun Fact: In the olden days Alene was a magician's assistant. She and Mr. Whodini actually won third place in a Harry Blackstone competition in Columbus, Ohio despite unintentionally messing up every trick. Now that's magic!